When Does Remaking Become Plagiarism? 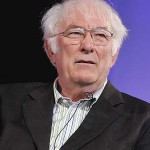 As mentioned last week, Robin Thicke’s “Blurred Lines” has been accused, among other things, of plagiarism. For an interesting take on that issue, see Nicholas Payton’s “Open Letter to Pharrell Williams”. Though Payton seems as concerned with the fact that (he claims) Thicke and Williams’s song is so much worse than Mavin Gaye’s (alleged) “original” as with the notion that they stole the song from him. Would it have made it OK if they had somehow improved it?

Plagiarism is the ghost haunting every modern reworking or remaking of a previous artistic piece. I say every “modern” reworking, as it is a rather recent idea, and comes along with the whole notion of property rights and possessive individualism. It would make little if any sense to say that Homer (or any other poet in the ancient oral tradition) “plagiarized” his sources. But today it’s a big deal.

Here’s another instance of a furore over plagiarism that is in the news today: the Australian poet Andrew Slattery. As reported in the Sydney Morning Herald, he argues in his defense that:

he wrote his poems using lines from other poets as “a cynical experiment” similar to the hoax poet Ern Malley created by Harold Stewart and James McAuley in 1943.

He claims his poems are in the “Cento format”, which is a collage of lines from other poems.

So when does “sampling” become “plagiarism”? And how does the notion of artistic quality and/or making some kind of (political?) point justify it? Ever? Never?

(Bottom line, though: your essays for Arts One need to steer as far clear from the taint of plagiarism as possible. See the university’s position on the matter.)