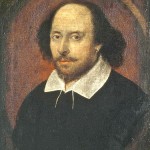 Robert Crawford gives what he calls a somewhat unconventional reading of The Tempest, arguing that we can see it as a directly political play in the sense that it may function as a criticism of King James I. We can see links between Prospero and King James I, Crawford argues, and in presenting Prospero in a critical light, Shakespeare may have been questioning the king in front of whom this play was performed.