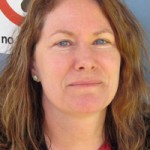 Renisa’s teaching areas include Law and Society / Criminology, Social and Cultural Theory, Sociology of Knowledge and Culture, Political Philosophies of Law and Justice.

Posted in Explorations and Encounters, people, Renisa Mawani | Tagged with Kevin McNeilly has taught cultural studies, critical theory and contemporary literatures in the Department of English at UBC. He has been interested in poetics and philosophy since graduate school: he wrote his Master’s thesis on the poetry of Robert Bringhurst, and his doctoral dissertation on the later work of William Butler Yeats. He has written and published scholarship and critical essays on a variety of literature, media and music, including work by writers, thinkers and performers such as John Zorn, Charles Mingus, Franz Boas, Elizabeth Bishop, Jan Zwicky, Tom Raworth, Steve Lacy, T. S. Eliot, Bruce Springsteen, Miles Davis, Michael Jackson, Robert Creeley, and Theodor Adorno, as well as on television programs including The Wire, Battlestar Galactica and Buffy the Vampire Slayer. He is a member of the “Improvisation, Community and Social Practice” research initiative. His book of poetry, Embouchure, was published by Nightwood Editions in April, 2011.

Posted in Kevin McNeilly, Monster in the Mirror, people | Tagged with 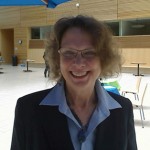 Medieval legal and social history; history of women and the family, world history to 1500. Program Advisor for History, Medieval Studies, and the Law and Society Minor.

For her publications, see her History department homepage.

Posted in Arlene Sindelar, Explorations and Encounters, people | Tagged with 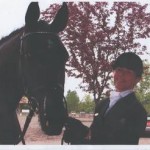 Having trained in Classics, Museum Studies and Classical Archaeology at the University of Toronto and at the Institute of Archaeology, University of London, I spent many enjoyable and productive years living and working in Greece and Turkey.

I have taught both undergraduate and graduate courses at McMaster University and at UBC on a wide range of subjects dealing with antiquity, art history and archaeological method. I have published a book and articles in my areas of special archaeological interest, ancient ceramics and architectural history.

More recently I have been privileged to teach for over a decade in the Arts One program. This unique learning environment has provided me with a wonderful opportunity to encourage the potential in each of my seminar students for reading closely, for critical thinking, for powerful skills in argumentation and for logical, clear writing. Each year has been a journey of discovery taken together as we navigate the course syllabus and I look forward to each September as I embark with my seminar on the Arts One adventure!

I enjoy other challenges too and each day face one of a different type as I train for and ride in dressage competitions on my large, feisty equine partners, Con Brio and Rossini.

Posted in Borderlines, Caroline Williams, Monster in the Mirror, people | Tagged with Jean-Jacques Rousseau, Discourse on the Origin and the Foundations of Inequality Among Men (1755)
Edition used: Penguin. Public domain version: Wikisource.

Please see this link for the video plus the slides.