The Tempest is the first Shakespearean work I ever had to read. It was also the day I learnt that Shakespeare, the guy I had formerly knew as the guy with the skull, says “to be or not to be, that is the question” and had written a love story called Romeo and Juliet. And to this day I still thoroughly enjoy it. My secondary school did a take on The Tempest working with the physical theatre group called the Zen Zen Zo. The tempest and the depiction of it was so good, they had a whole load of Ariels above flicking water into the audience as the ships crew fought it out with the ship. It was amazing and that is how I tend to view the play. The most memorable moment of the play, when I watched what I believe to be an animated version, I cannot really remember since I was in the 5th or 6th grade, was the part where Caliban meets Trincolo and Stephano.

The Tempest is a very interesting play; this tempest, that shipwrecks Alonzo and company, is completely orchestrated by Prospero. I like the idea that the play is contained on a, essentially, deserted island and every aspect of the marooned peoples is controlled by Prospero. Prospero himself is an interesting character he is shown to be very controlling over everything, from the shipwrecked to his servants (Ariel and Caliban), even his daughter’s relationship! (Although that sort of stuff was normal of the time). It is nice to see that, after his brother betrays him, he becomes more cautious of people and their thoughts since before he would hack away at studying while he let his brother govern for him.

After writing a paper on Machiavelli and Medea, I would say that Prospero does a pretty bad job in Machiavelli’s books. A Machiavellian prince for instance would have killed the original inhabitants, especially if they tried to kill him. Prospero is neither feared nor loved by Caliban or Ariel.

To end, I have watched a pretty strange rendition of Romeo and Juliet. It was FANTASTIC, despite having the strangest ending ever. The end of this animated Romeo and Juliet ended with Romeo being killed by a tree lady (A lady who had like tree arms) and Juliet becoming a tree to save everyone. I felt that took away from the tragedy, but it was fun and romantic along the way. I wish we did Romeo and Juliet, but that might be because there is so much fun in it! I better stop here before my love of the Act 1, Scene 1 fight between the house of Capulet and the house of Montague take over this post. Marco Polo, Travels, and The Book of John Mandeville The Book of Margery Kempe 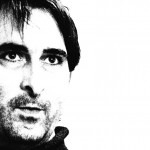 Jon Beasley-Murray teaches in the French, Hispanic, and Italian Studies department. His research focuses on Latin American literature, culture, history, and politics. He has worked on Argentina, Chile, Peru, and Central America. And he has travelled throughout the region, from Tierra del Fuego to French Guyana. His book, Posthegemony, combines political theory with analysis of Latin American left movements from Peronism to the Shining Path.

Jon also has undergraduate and MA degrees in English Literature, and is interested in Arts One for the ways in which it refuses specialization and forces him to teach outside of his supposed area of particular expertise.

Posted in Jon Beasley-Murray, Monster in the Mirror, people, Remake/Remodel | Tagged with Robert Crawford has taught in the Arts One program from 1996 to the present. He holds a PhD in Political Science (UBC 1995), and specializes in International Relations and Political Philosophy. He has written several books and articles on these subjects and has taught a range of related courses at UBC, Simon Fraser University and the University of Victoria. His relationship to Arts One is a longstanding one and began as a student in the program in 1979-80. He attributes his continuing interest in a broad range of intellectual fields and concerns to his Arts One background, and values the opportunity to help cultivate these interests in others.

Posted in Borderlines, Monster in the Mirror, people, Remake/Remodel, Rob Crawford | Tagged with