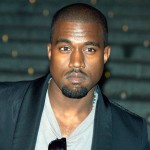 This time the focus is on Kanye West, Saul Williams, David Bowie.  In the BBC’s article on “Kanye West’s Yeezus and the Art of Stealing”, Greg Kot says:

Hip-hop itself is built on the notion of cannibalising bits and pieces of previously recorded music and restructuring and recontextualising them into something new. Entire musical genres – folk, blues, country – are based on oral traditions where songs were handed generation to generation and altered to suit the social, political and cultural climate of the moment. Madonna flirted with early house, techno and underground club music, and vogued her way through countless stylistic shifts. Bowie spent much of the ‘70s trying on cutting-edge sounds – glam, Philly soul, Euro-disco – like so many neon suits. And Bowie’s collaborations with Brian Eno in late ‘70s Berlin were themselves referenced by U2 when they reinvented themselves in 1991 on Achtung Baby.

Williams should understand what West is doing, because he himself has nicked plenty of pieces from the past. Niggy Tardust plays as a treatise on racial identity, an African-American reflecting back on the themes coursing through Bowie’s 1972 glam landmark Ziggy Stardust and the Spiders from Mars. It illustrates a truism behind most great albums: What really matters is not whether you steal, but from whom you do the stealing.

More food for thought as we look forward to the new Remake/Remodel theme.