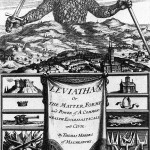 For the Seeing and Knowing theme in 2015, we had two lectures on Hobbes. Only one was recorded (the second one dealt more directly with the political aspects of the text).

The lecture plus slides are available on the UBC Mediasite system: http://mediasitemob1.mediagroup.ubc.ca/Mediasite/Play/85bca7074dd94a6780ee3c8b01ccb2601d

The lecture is also on YouTube, embedded below, but the slides are a bit difficult to read: