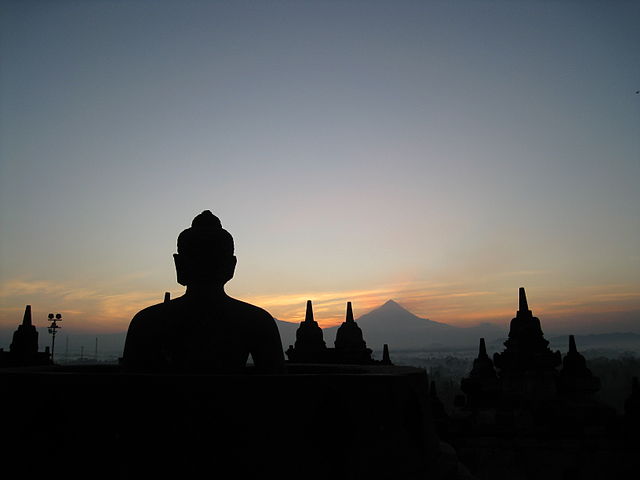 Buddha Statue at Dawn (2009). In the public domain. Accessed from Wikimedia Commons.

Given my interest in reading manga, I was excited to know that we would have the chance to read and discuss Buddha, a work by the famed manga artist Osamu Tezuka. Although I knew the work would be touching on themes much more mature than those generally from that era of manga (which tended to be geared towards younger audiences), I was not sure what entirely to expect. I can now say that I was quite pleasantly surprised on how many interesting parallels between this work and the others we had read this year could be drawn.

While Tezuka’s work does not nearly approach the deep and philosophical questioning that is now occasionally found in some modern works, he masterfully weaves complex ideas into the entertaining medium of what was then children’s literature – while keeping the book humourous and easy to read, he explores many mature themes such as death, sexuality, social class, and the validity of religion. Throughout the novel, the brahmins’ religious legitimacy is questioned, and the class system seriously threatened by the controversy of Chapra’s position in the army and society. While in the end the rigidity of tradition and caste ends up banishing Chapra and ultimately takes his life, he poses a final challenge to the brahmin council:

Here, Chapra is not only defying his own fate, but the basis of Indian (and human) society – what is the right of humans to decide the rights of others? Who is the hand that writes fate – mere mortals, or a higher power? What is the meaning of belief, if all it benefits is a select few?